Dealing with Harvey my unwelcome intruder

I moved to Texas from Tennessee...


I  have been living in my home for 30+ years..I spent roughly 2/3 of that time being barely aware of the hurricane seasons that came and went.. I never felt the need to stockpile bottled water and canned foods..I didn't keep a power generator at my fingertips...

To my knowledge, everybody around me lived in a similar fashion..

As part of a mandatory evacuation process, I had to head north on our evacuation route, out of town.....With a few million other people..The most horrific traffic jam in history..

The music of Coldplay kept me energized while the miles slowly crept beneath my tires....

During this trip, I had nowhere to hide.. Nowhere private to sleep or pee..

Gasoline was not available for those first two-three hundred miles of our route..I couldn't safely make it back home without having a brake job done on my car..

Nevertheless, my doggies and I made it thru this surreal experience with our lives and sanity intact..

We have had many quiet years since....

Until Harvey came into the picture..

Harvey was born as a trough of disturbed weather that was most likely headed to Mexico...

As he began to blossom, Harvey decided that he wanted to head my way..

Once Harvey made landfall near RockPort Texas he stalled...August 25-26, 2017...We in the coastal community of La Porte Texas found ourselves on the dirty side of the storm.. Harvey spent 4-5 days dropping torrential rain on Houston and many other parts of Texas..In excess of 50-65 inches in spots..

By the time Harvey's torrential rains faded to showers, many lives were forever changed..In Houston..Not to mention ( or forget ) some 50 other cities east and west of us, up and down the entire Texas/West Louisiana coastline..

I have close friends and relatives who suffered immensely during Harvey's intrusion into our lives..


I am in the process of spreading the word of what happened to these friends....Below is a list, that will be growing as time passes, of people in need of financial help... Named, are the people who have already given me their mailing addresses, along with consent to spread the word about them..

My hope is that they will receive a substantial amount of relief money from us to help them rebuild their lives..

One such friend is a nurse who lost everything to the flood waters of Harvey, while she was working to help others..

As of today, it is only Mary who has provided me with her consent and her info.. Those who would like to donate money to Mary, please make check or money order payable to


Needless to say, there were countless strangers who came together..They shared their compassion, strength, knowledge, resources with each other

With each high water rescue that took place, the heroism was dramatic..

There were many quiet acts of heroism as well..

In the affected areas, nurses and other health care personnel braved the dangerous roads to make it to their respective hospitals..They spent days in lockdown, with little food other than cold soup and crackers to eat..

I evacuated ( as per voluntary evacuation orders ) on Friday August 25th..

I am thankful that we swiftly found a dog friendly hotel to evacuate to..Without having to drive halfway across the country..

The unknown can be maddening.. I won't know what kind of damage I will have to deal with until I have eyes on my house.. For all I know, an alligator family has taken over my yard, lol..

With that said, as I write this, I am safe and dry..My two sons( and their families) are also safe and dry at their respective homes, nobody sustained property damage...

At this hotel in Lufkin, I am able to go to sleep at night without flood danger pounding on my roof or creeping in at my front door..

I sheltered at this hotel for a week...Until the major interstates leading back home were safe to drive....

In those pre-dawn hours of my days spent here at the hotel, I was jolted awake by the blare of flash flood / tornado warnings erupting from my phone ....These alarms always triggered me to turn on the news...I felt a new wave of panic and despair with each new story of additional communities being evacuated, people being rescued by boat..

The rains were most unrelenting in the darkness of night, for several nights..

I am grateful to God for sparing me the direct/physical impacts of Harvey..

Last night, I was the recipient of a very touching act of kindness..My insurance agent (and friend) texted me, offering me the use of her empty house, in the event I need a place to stay..

Once I begin to weave my way back home, I will shoot and upload more pictures of Harvey's aftermath..I am anxious to see my friends and family face to face...I can't wait to give them big hugs and to help them in any way I can..

Seen in these top three photos are snippets of my life in the hours - days before Harvey hit..

For sure, I miss bits and pieces of my everyday life..I miss meeting up with my besties for coffee, walks on the beach..I miss patio time with my Simon..

It often takes a major disaster or loss to make us realize that our creature comforts / abilities aren't to be taken lightly or for granted.. 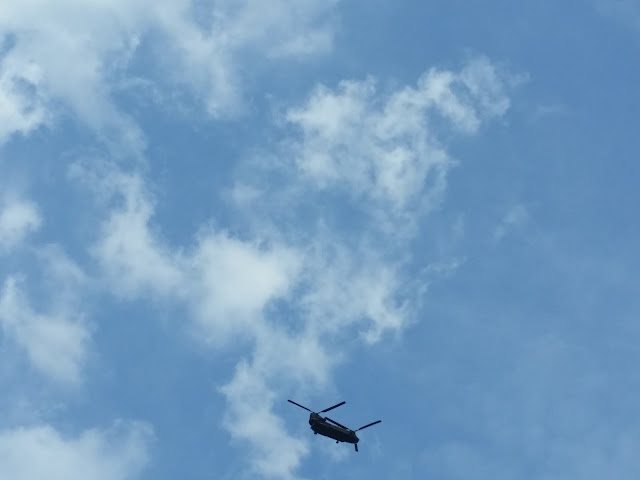 As I begin to resume my normal life, I see and hear military helicopters fly over me every hour..... 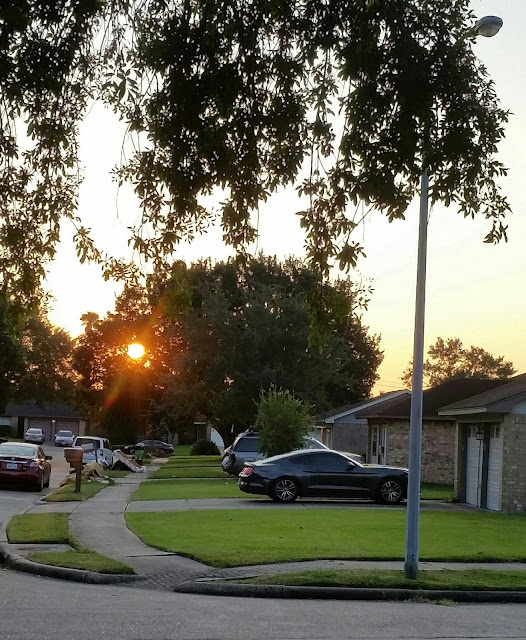 My neighbors across the street in the post Harvey aftermath 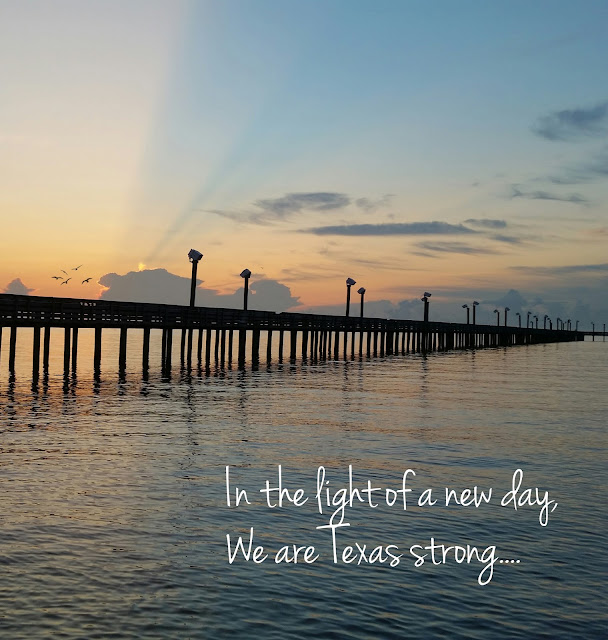 Even in a state of emergency there are moments of beauty.....


Below are videos of rescues from the affected areas..I decided to heed the voluntary evacuation orders issued by the City of Laporte, for fear I would find myself and my Simon in a similar desperate situation..


A song by Coldplay..A tribute to Texas in the wake of this disaster....

Peak Atlantic hurricane season 2017, (August - September) has been an especially cruel one.... As Texas begins to breathe and recover from Hurricane Harvey, there are three more active storms that we who live on the Gulf Coast have to keep an eye on... 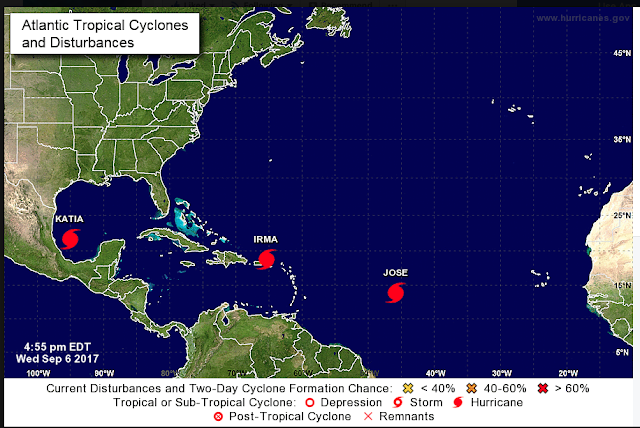 A couple of days later we see this graphic..It boggles my mind how active this Hurricane season is :-( 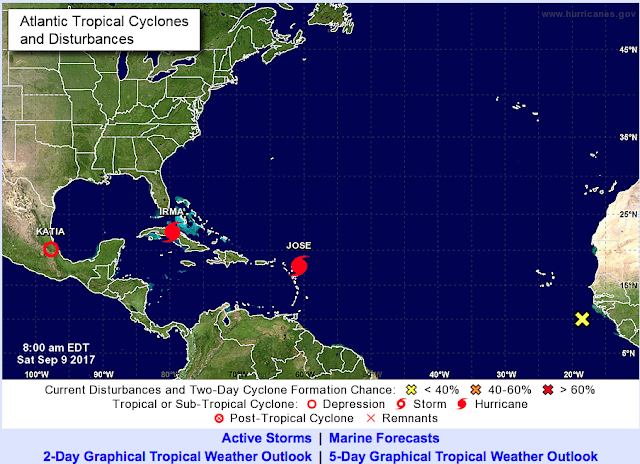 Sept 14, 2017...Jose turns north north east and decides to invite more friends to come in behind him..Grrrrrrrrrrr..The older I get, the more I want to move into a dwelling built for floods and hurricanes or else live well north of the Gulf Coast...Either choice is gonna involve a major life change :-/ 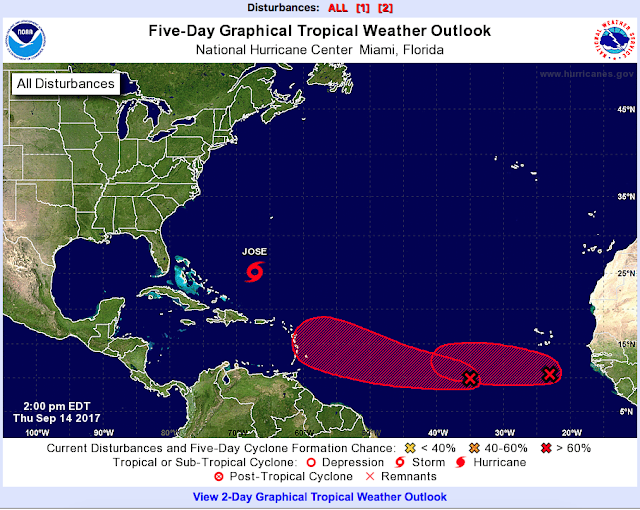 Cities in Florida are still trying to recover from Hurricane Irma, as we are from Harvey..Puerto Rico was decimated by Hurricane Maria which came later in September after Irma made her debut..There are a ton of news stories on the internet about Puerto Rico.... Ongoing is discussion and controversy as to whether our government responded with aid to Puerto Rico in a timely manner..

As far as I can tell, we have not had much more than 24 hours go by without an area of concern (for the US) to watch for in the tropics..

I for one can't wait for Fall and Winter to make their appearance..And I pray that that next's year's hurricane season is relatively quiet.. 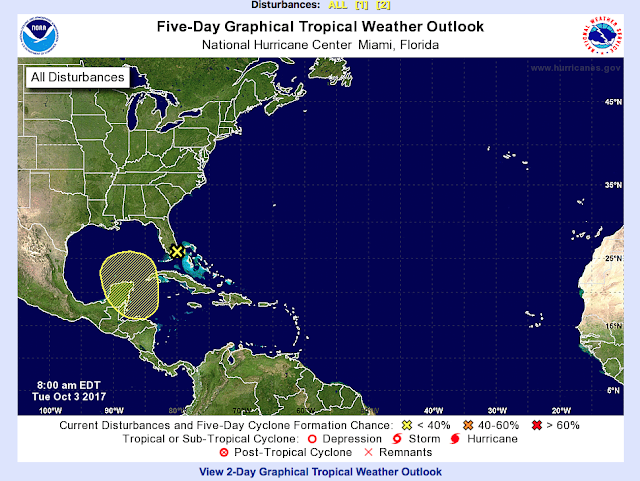 tumbleweed contessa/what did you do this weekend? 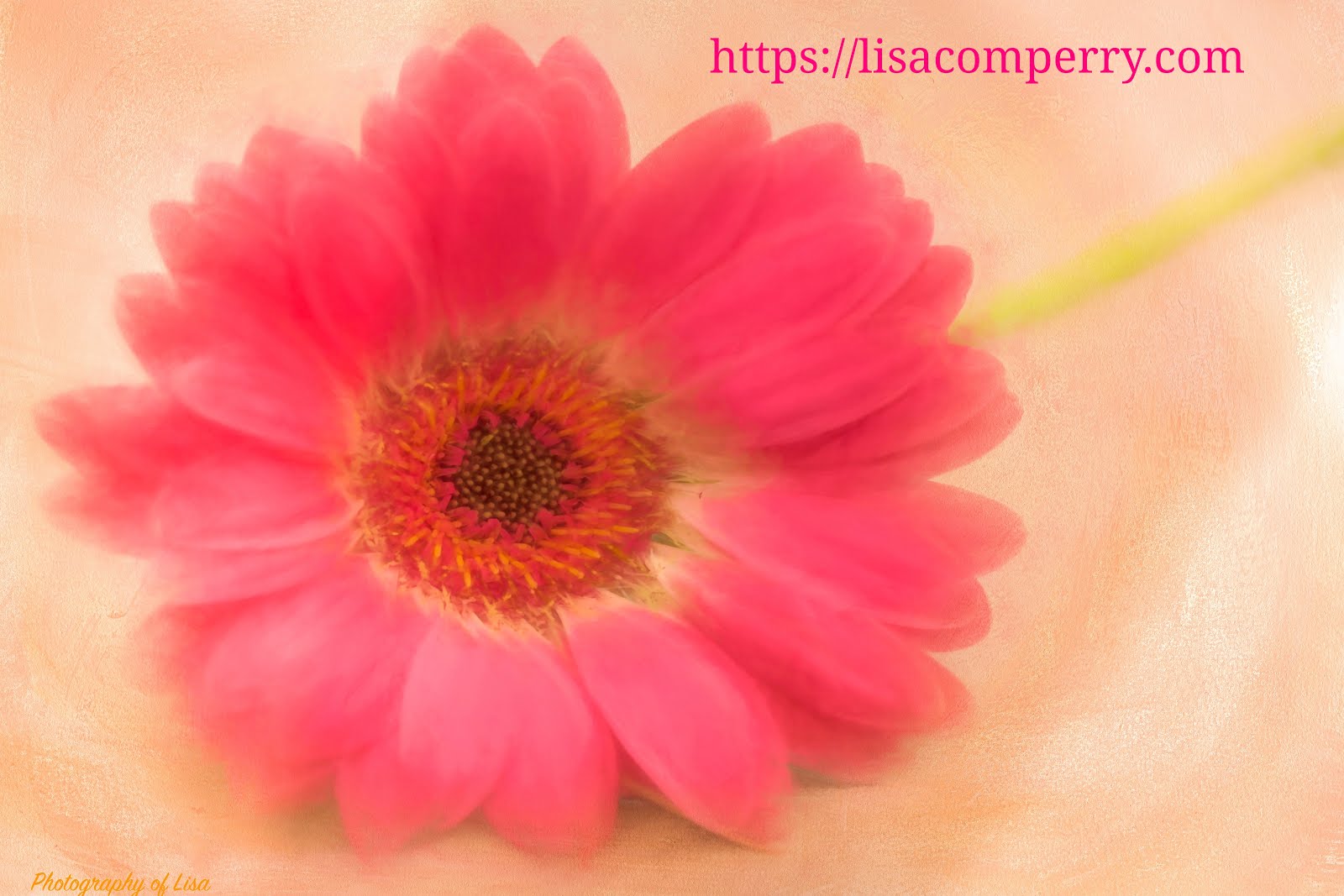 One day is spun in gold..
Another day seems red hot or icy cold..
Passing storms clear the air and change the tide..
Each day a new sun!
Lisa Powell

My work for sale

Postcards from around the world

An awesome community of pen pals 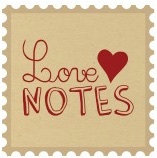 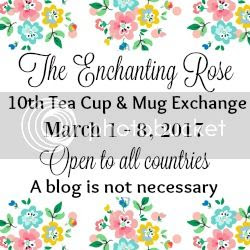 When you want to carry out a creative act of kindness

Another community for the exchange of mail art 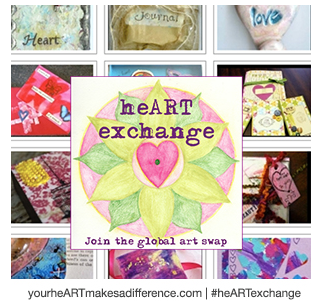 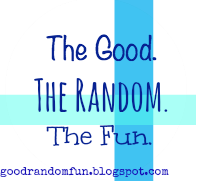 Some of my favorite pages and links 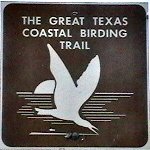 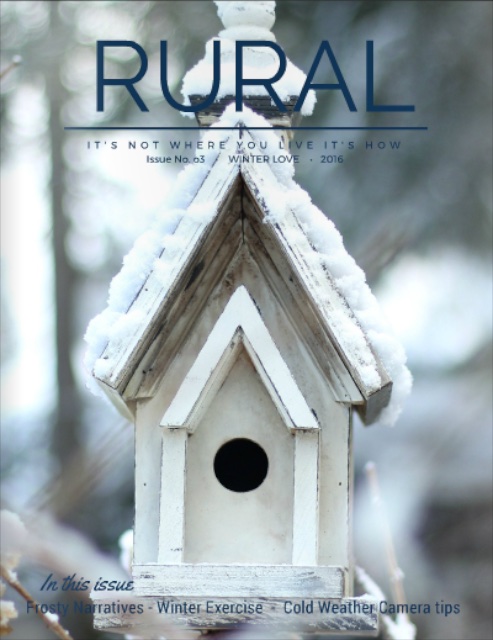 I belong to this community of Exceptional Nurses 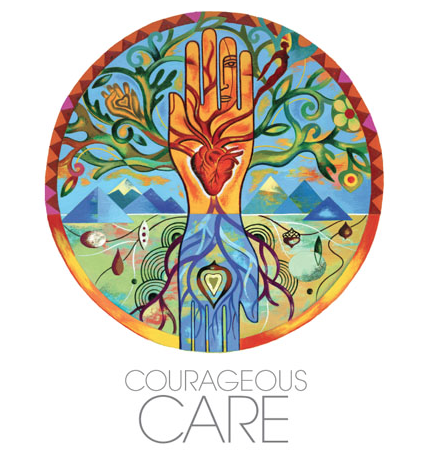 Don't assume without digging for info... 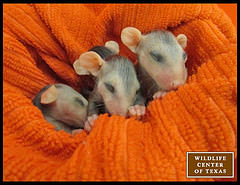 A fine Tuesday..Every time my friends and I get together we have a beautiful and fun day..Yesterday was no different..The sunrise greeted... 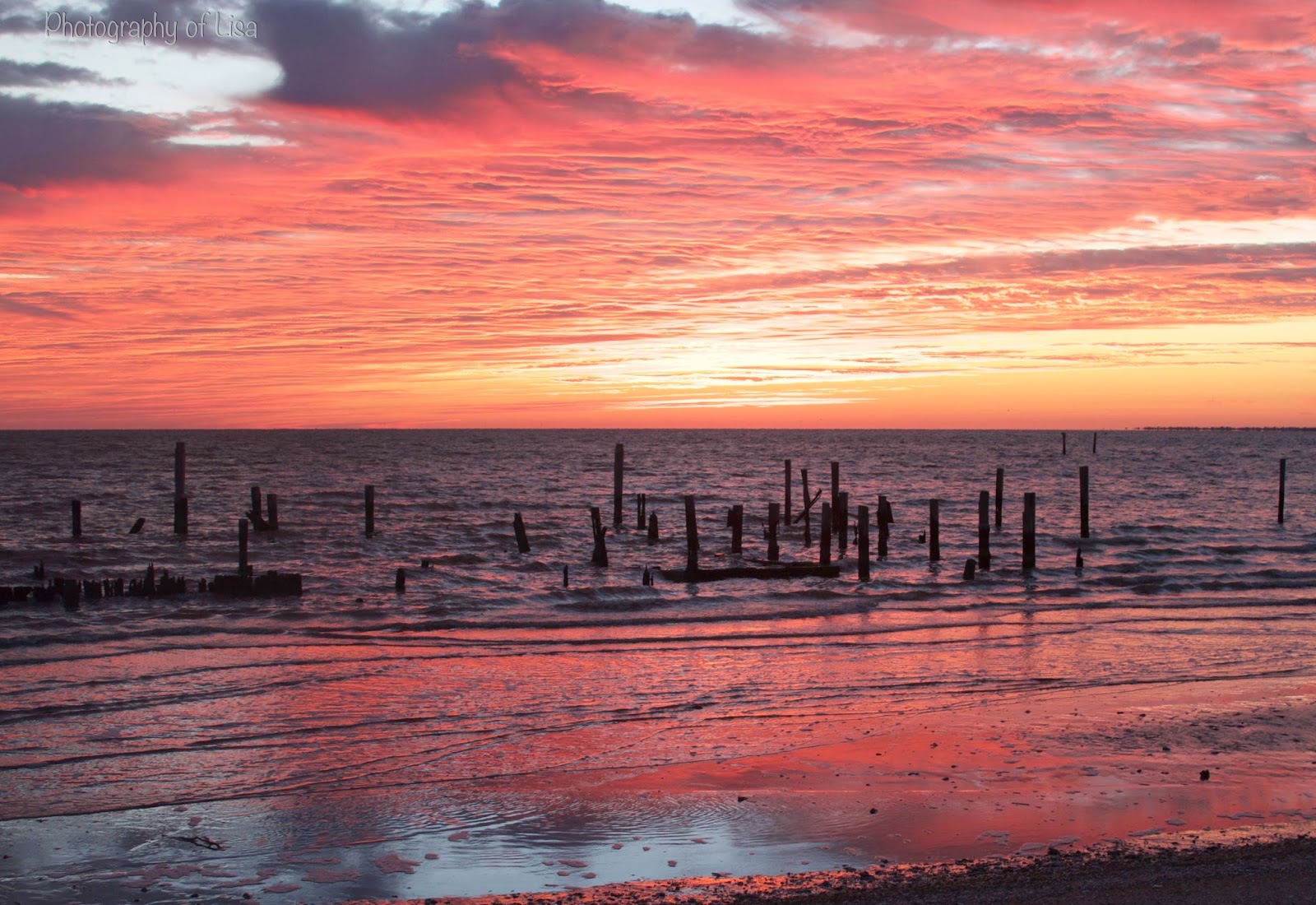 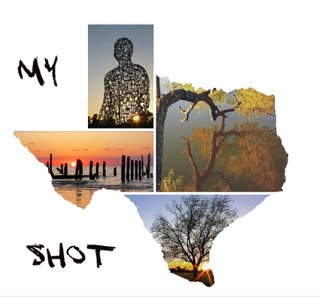 A team I am a part of

Sunrise | Sunset curated by POE: Photographers of etsy on Etsy 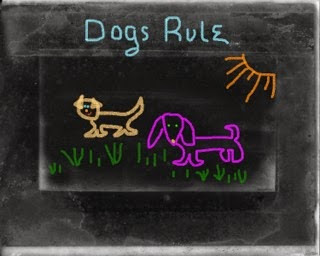 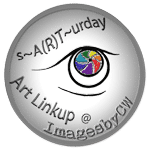 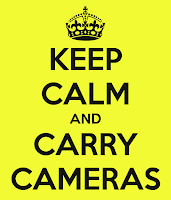 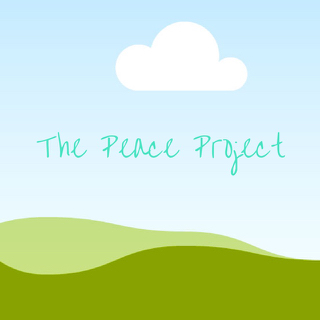 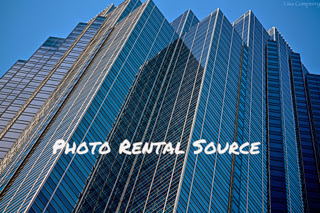